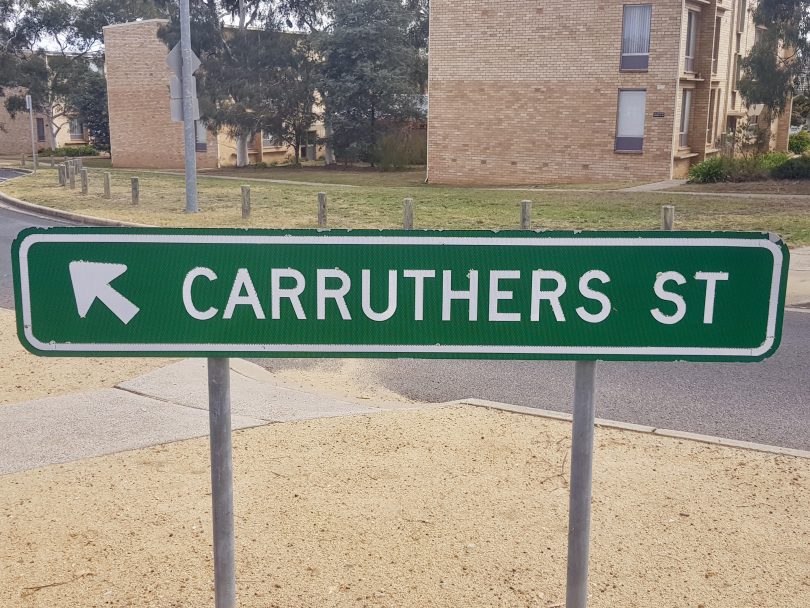 Police and education authorities have warned Curtin parents after a man approached a primary school student in the area on Wednesday (23 May).

ACT Policing said that about 8:40 am the student who was on the way to school was approached by an unknown man in Carruthers Street, and asked to come to his vehicle to see a puppy.

The student refused, continued on to school and immediately reported the incident to staff.

The Education Directorate has issued a notice to school communities in the area, encouraging parents and guardians to remind their children about the importance of stranger safety and to report any unusual approaches to police immediately.

Police want to identify the man who is described as Caucasian in appearance, aged in his late 30s to early 40s, with black hair, 170cm tall (5”7 ) and being of slim build.

The man was wearing a light grey tracksuit, T-shirt, black puffer-style vest and a black beanie, and was driving a dark grey/silver sedan.

Information and educational resources in relation to stranger safety can be found at constablekenny.org.au.

Simon Wheaton - 3 hours ago
Reading reports from back then, he was even dodgier than our current politicians! "It might be noted, incidentally, that O'Ma... View
Lifestyle 16

Jennifer Brodie - 3 hours ago
Are they selling tulip bulbs this year ???? View
Suzanne Mansfield - 9 hours ago
Karina Curwain rats and damn! View
Dawn Glover-Schwalm - 9 hours ago
Til Bijou me too!! View
News 32

Dave N Ange Greer - 7 hours ago
Why is there no comparable list of Queanbeyan region sports stars....? Also how many James Bonds have come from Wagga 🤣 View
Dong Wong - 8 hours ago
look at the face on the dog hahaha View
Alan Byrne - 8 hours ago
Keni Kawaleva all day bra View
News 222

Julie Macklin - 7 hours ago
Benjamañana Fergusunshine The neighbours on your southern side likely won't. View
Kelly McGrath - 8 hours ago
Christine Young my mother and father inks got “free trees” from the govt 40 years ago! We now have the 2 biggest gum tree... View
James Vetos - 9 hours ago
Quite a few comments about price per tree. Does the total cost include the planting of the tree and ongoing follow ups to wat... View
Property 14

Renee Thompson - 10 hours ago
Should be entitled to both as I see it as one is purely for helping keep business a float hoping they survive the outcome and... View
Opinion 20

@The_RiotACT @The_RiotACT
One look at this week's newsletter and you'd think kangaroos had taken over Canberra... hop to it! Subscribe now for all the latest stories straight to your inbox https://t.co/XVdXBWjSeq (8 hours ago)

@The_RiotACT @The_RiotACT
Planning is well underway for the inaugural 'Great #Queanbeyan Duck Race Festival' next April that will see thousands of rubber #ducks float down Queanbeyan #River to raise funds for local charities https://t.co/VWu1CC4RSv (9 hours ago)

@The_RiotACT @The_RiotACT
'Brave' Sally Hopman has seen her first #snake of the season, and it was enough to drive her to drink (so at least the experience wasn't all bad) https://t.co/I12xIs6Ftp (10 hours ago)