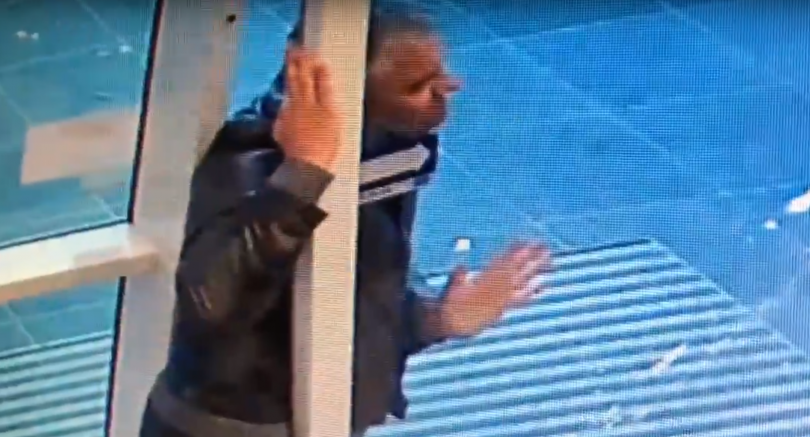 Police are asking the public to help identify a man who was caught on CCTV kicking in and squeezing through an automatic door of a residential block in Barton in June earlier this year.

On Monday 25 June, police attended a residential block in Blackall Street after receiving a complaint about a man who had kicked in an automatic door. Police have obtained CCTV footage of the incident and are asking the public’s help to identify the man.

CCTV footage shows the man kicking the automatic door twice with his left foot, eventually breaking the glass, creating a tiny opening and squeezing through the gap.

Police are urging anyone who knows this man or may have any information that could assist police to contact Crime Stoppers on 1800 333 000, or via the Crime Stoppers ACT website.

Tania Shaw - 1 hour ago
Jesse Ward yes I am fully aware of that View
Lance Hallström - 11 hours ago
Lyndon Ogrady did your house evaporate when you settled? If an investor bought it then it's still for rent. If a renter bough... View
John Hynes - 11 hours ago
Gee, the Labor Party getting commercial policy wrong? Never!... View
Opinion 102

Chanelle Fyve - 9 hours ago
Can they lend them out to backyard - I know the Canberra bee society puts them into people yards so they can have different v... View
Bente Hart - 17 hours ago
Susan Nicholls 1kg sugar to 2L water heat gently until sugar is dissolved. Cool down. Poor into shallow tray with straw or th... View
Capital Retro - 23 hours ago
There are definitely more bees than flowers in my garden this season. I think the urban situation will improve but it's prett... View
Business 7