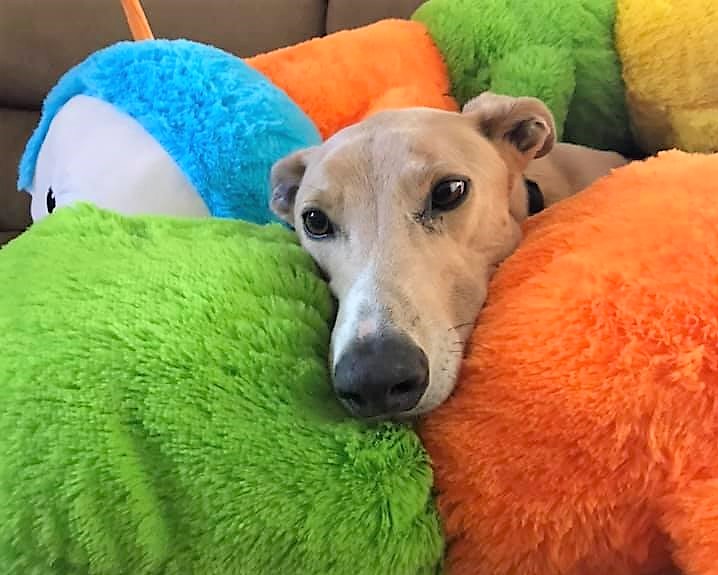 Nature is full of unusual pairings, and more than any other species, dogs seem happy to be friends with just about anyone.

You don’t have to look far to find the lovely story of the Labrador who was best friends with an elephant; the hound who adopted a baby owl; Fred the retriever and his buddy, Dennis the duck; and brave Milo the dachshund, who decided Bonedigger the lion would be his BFF. And who could forget Canberra’s most lovable pair of mates: Solo and Zama?

But you might not be aware that there’s a whole new phenomenon of animal pairings sweeping through the community, right here in Canberra. 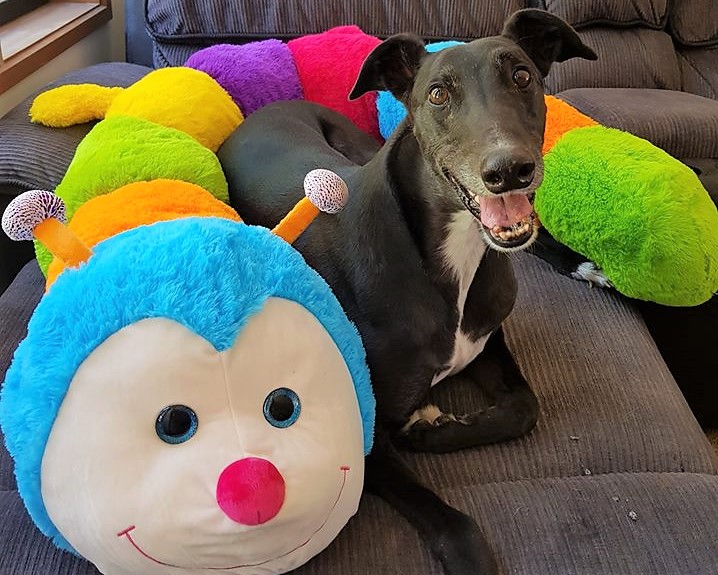 Benji is the picture of happiness after receiving his new Cuddlepillar.

That’s local adopted greyhound Benji, and he’s just been given the best early Christmas present ever: 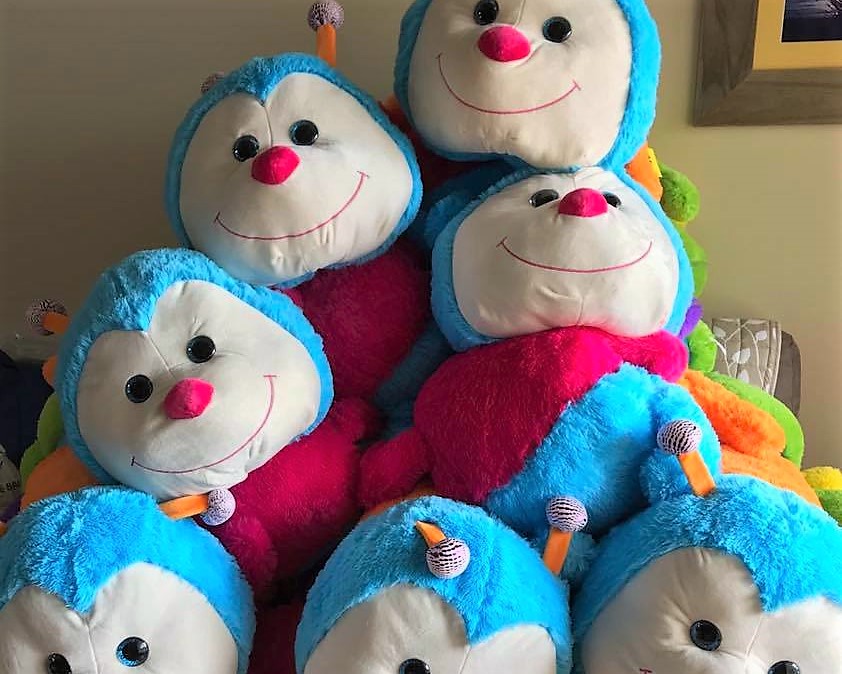 A pile of the popular Cuddlepillars, awaiting their new homes.

Adorable in their own right and referred to as ‘cuddlepillars’ by those in the know, they’re available from The Reject Shop for around $39 each.

But if you want one, you might have to be prepared to wait. 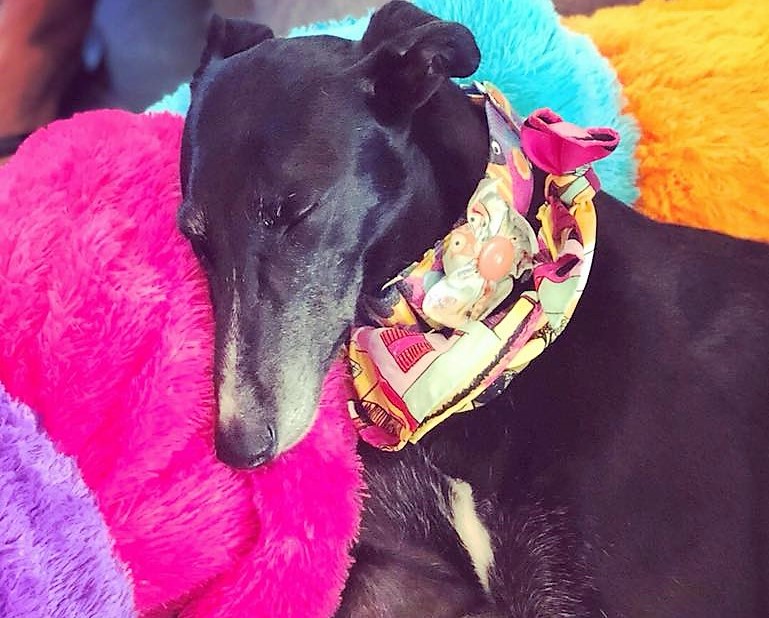 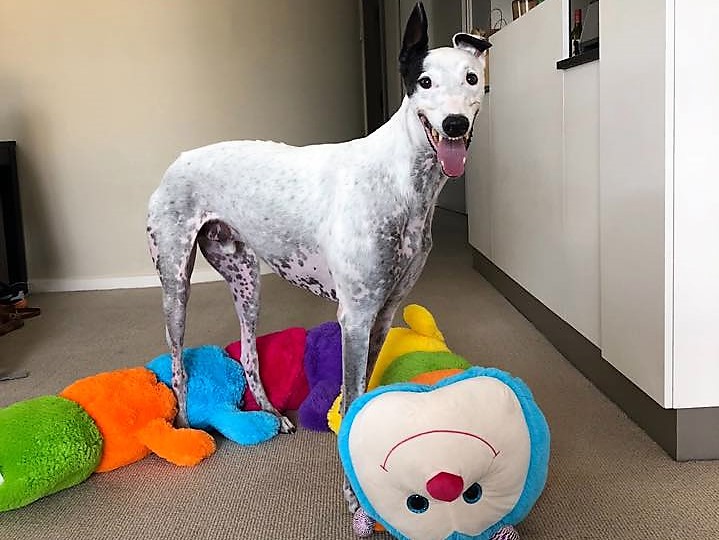 Momo finishing up a wrestling match with his new buddy.

Greyhound owners are racing to secure one of the fluffy toys for their four-legged friends, who appear to be inexplicably obsessed with the colourful creepy-crawlies. 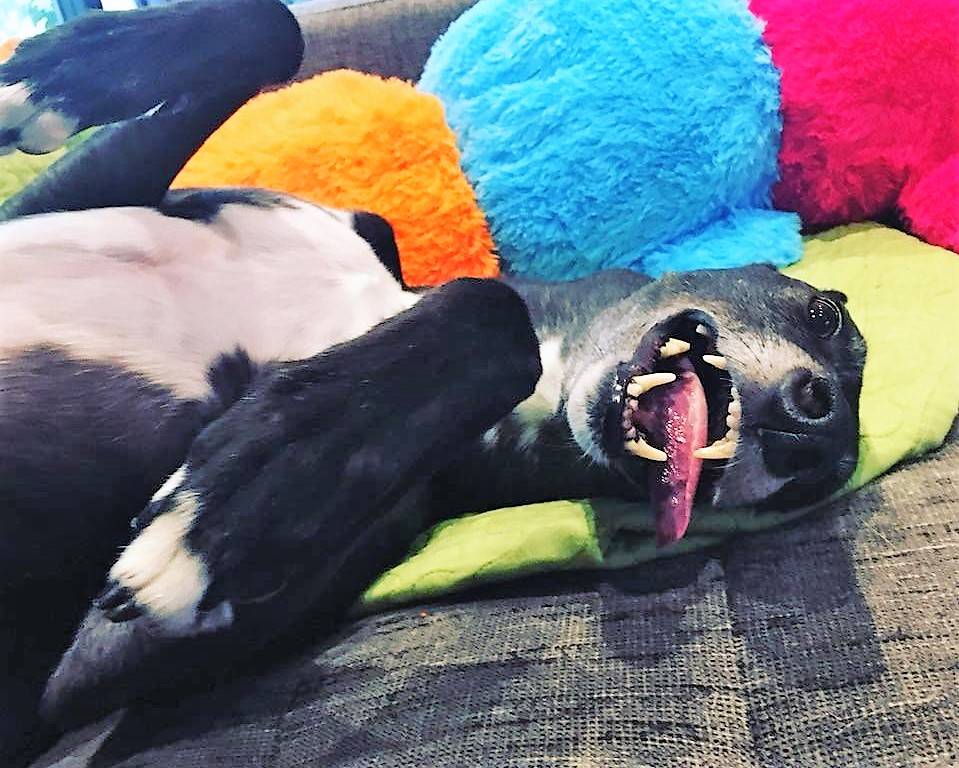 Sugar is looking pretty relaxed with her new friend.

Members of the ACT Greyhound Support Network group on Facebook are reporting the toys selling out across the region, disappearing from shelves as soon as they’re put on display. 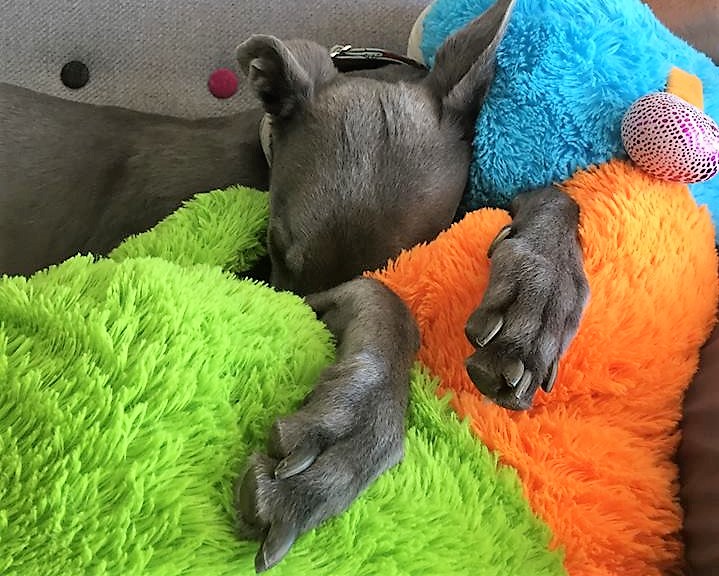 Maxi might be a bit overcome by the emotions …

And that’s usually so they can find their rightful place under the cheek of an adopted greyhound. 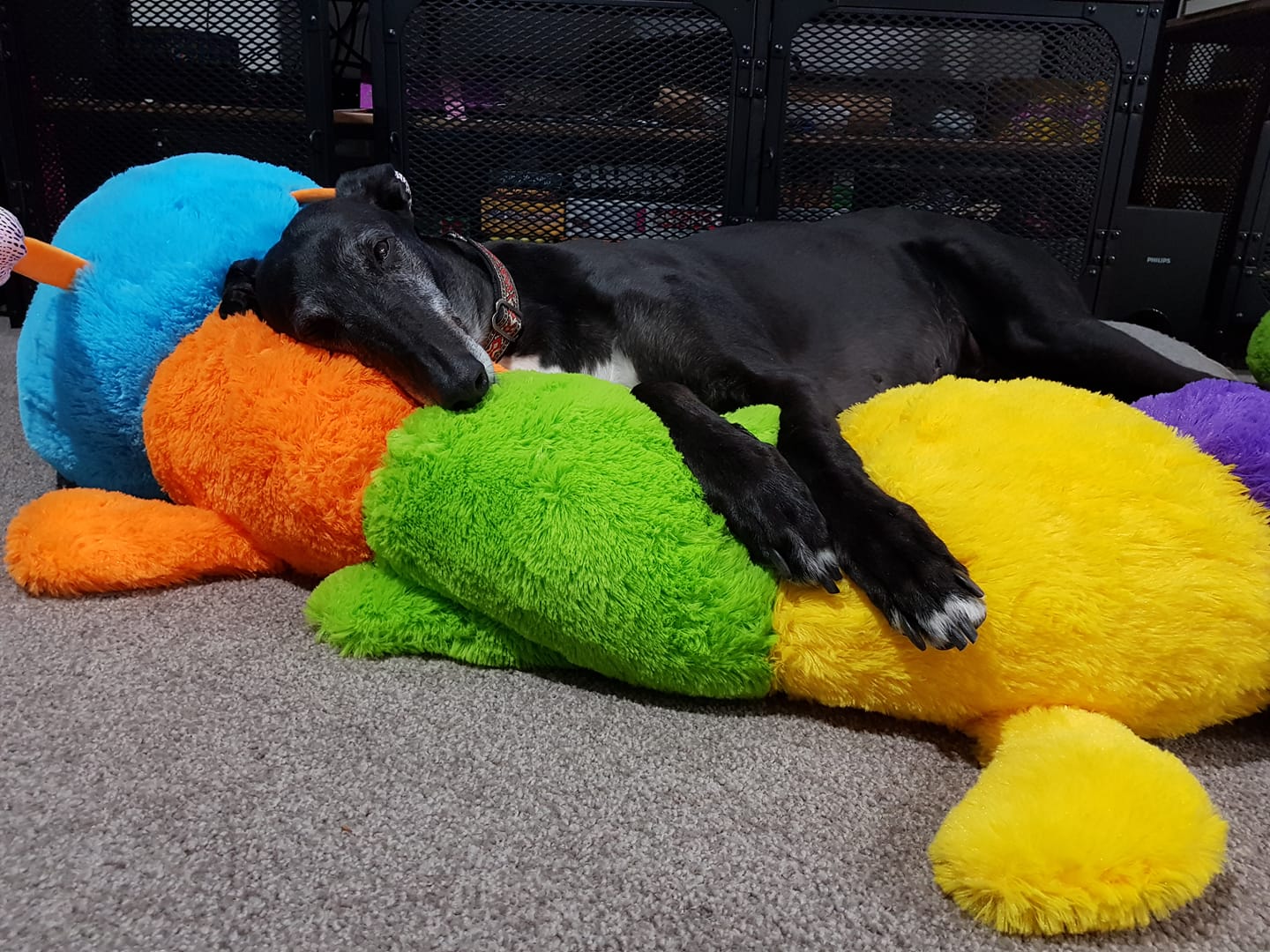 Both Trudy and her Cuddlepillar have found a very happy home.

There are even rumours the toys are being smuggled in from interstate! 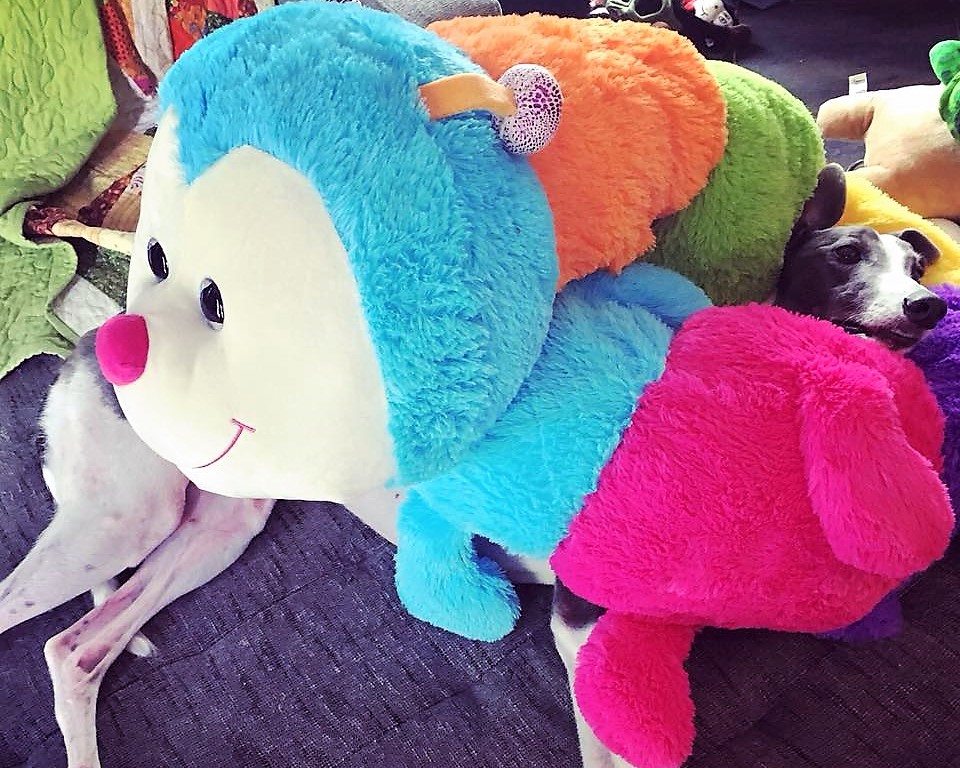 Winter enjoys snuggling both underneath … 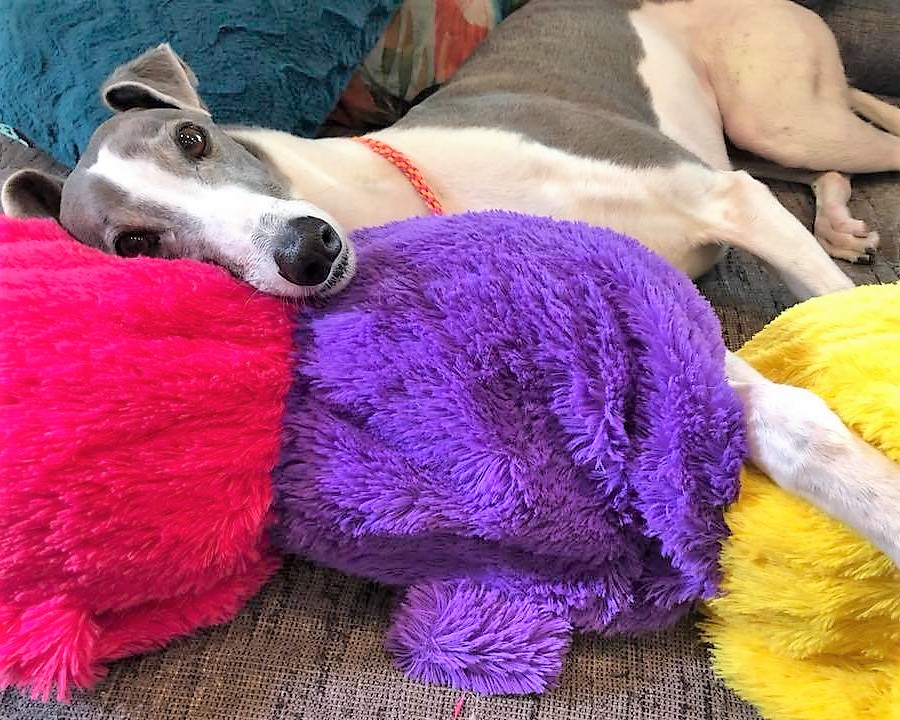 … and on top of her Cuddlepillar.

We all know most greyhounds don’t get the best start in life – and often face a tragic end as well. 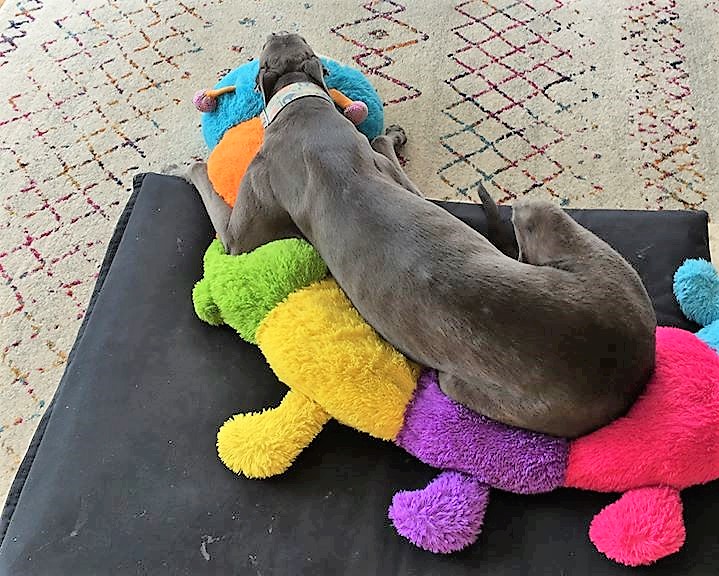 Maxi playing the popular greyhound game, ‘If I CAN lie on it, I WILL lie on it’

So it’s heartwarming to see these happy hounds in their Canberra forever homes, along with their oversized and kitschy cuddly buddies. 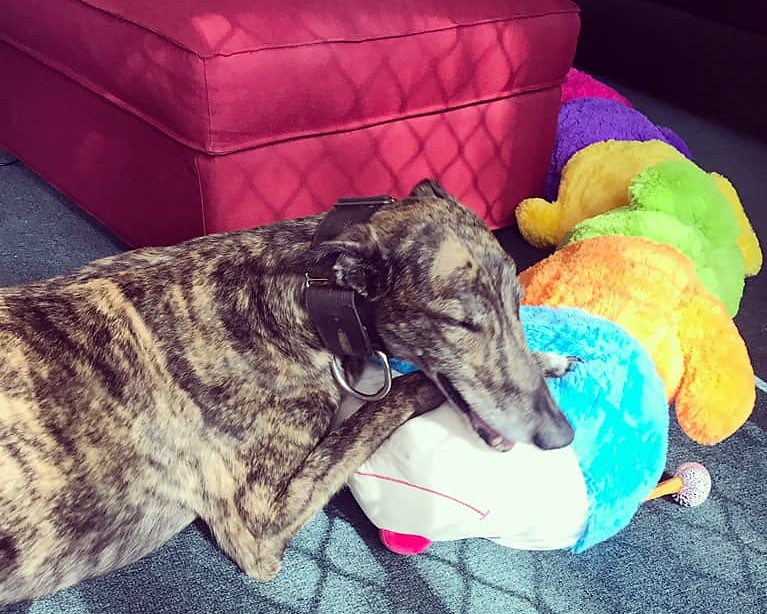 If greyhounds could giggle, that’s what Wally would be doing right now.

What’s makes these toys so attractive to greyhounds particularly? Are the toys laced with ‘dog-nip’? Are greyhounds somehow descended from, and a distant relative of, the caterpillar? 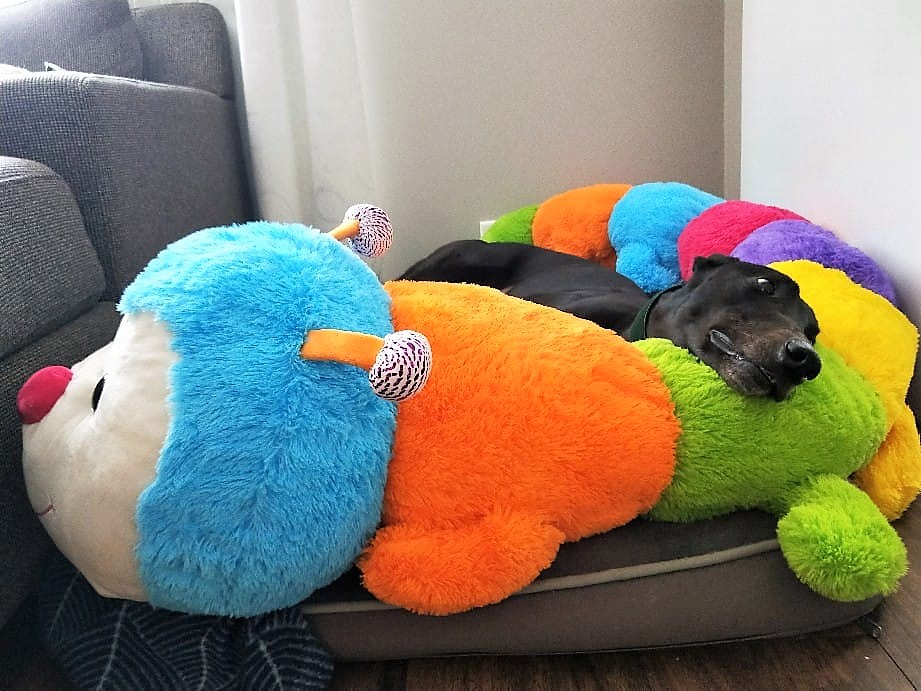 Zeus snuggles up with his new best friend.

Maybe the greyhounds are relying on the rainbow colours to communicate their endorsement of Canberra’s support for marriage equality? 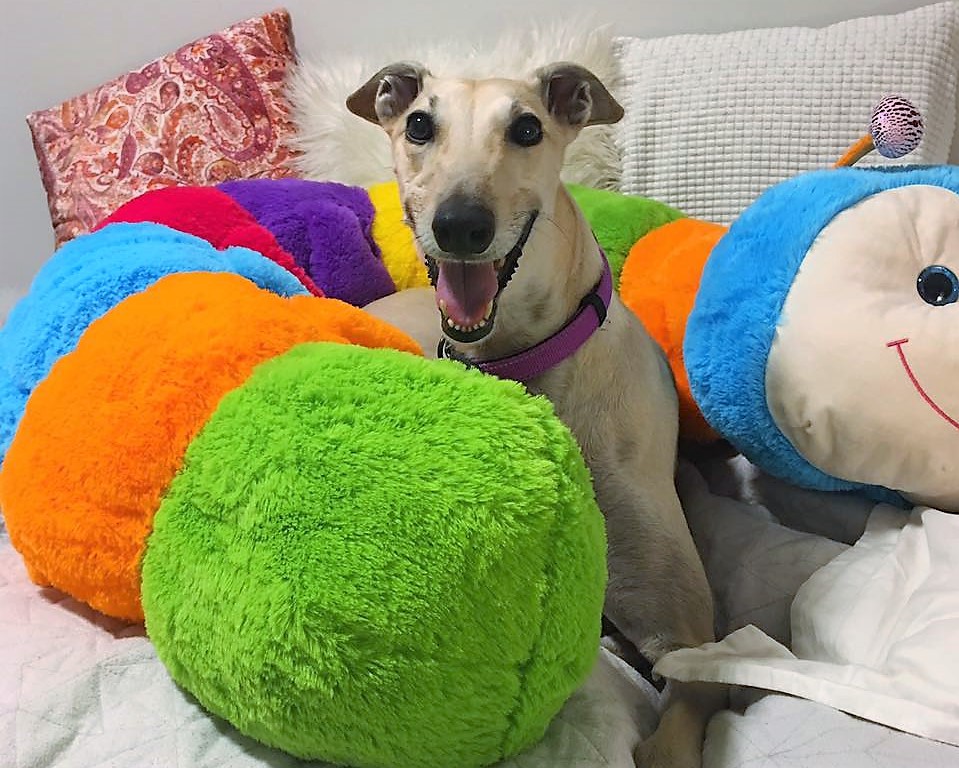 Either way, it’s an extraordinary phenomenon, and it’s downright adorable. 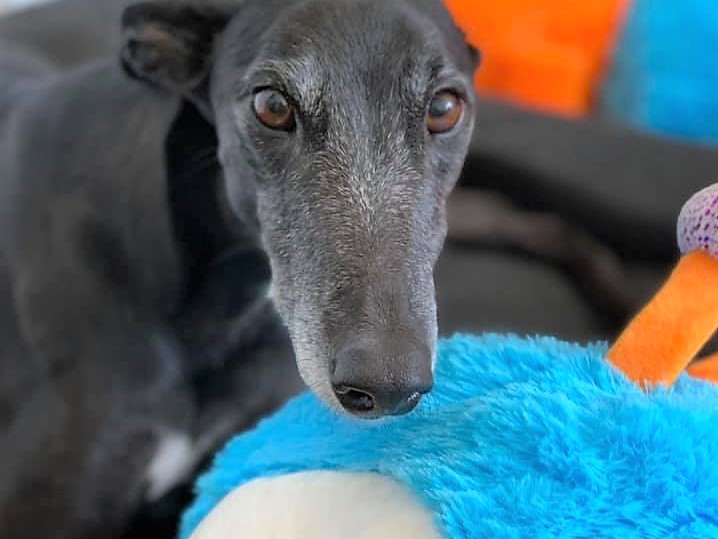 Gemma’s face says it all. She’s in love!

So the next time you’re having a bad day, just remember: somewhere in Canberra, chances are a rescued or adopted greyhound has just been given a giant rainbow caterpillar to play with, and it’s positively delightful.

If that’s not enough to warm up your cold dead heart, I don’t know what is. 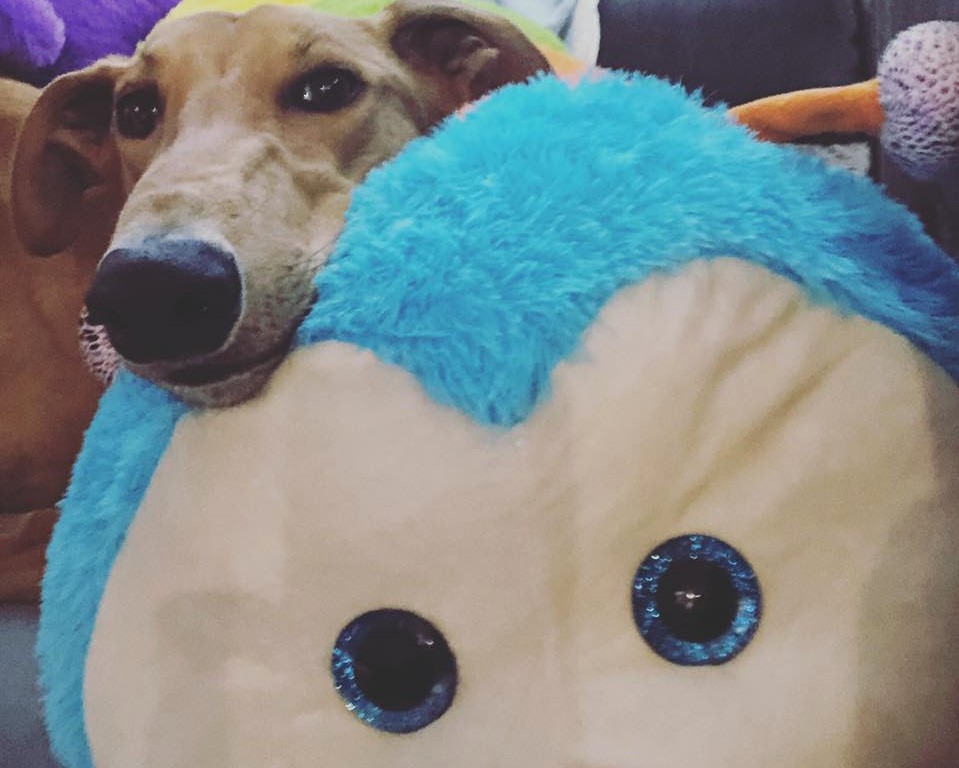 Dobby looks like he may never move from this spot again.

All images sourced from the ACT Greyhound Support Network (ACTGSN) Facebook page, and used with the permission of their owners. To find out more and support the ACTGSN, visit www.actgsn.com. 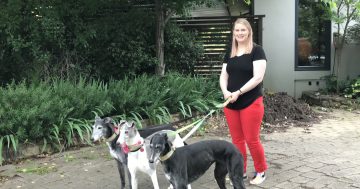 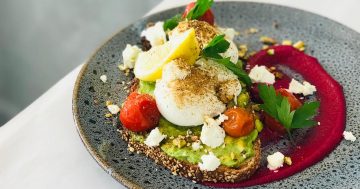 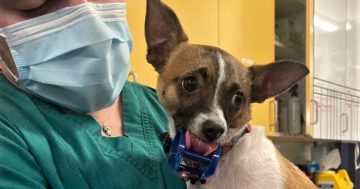 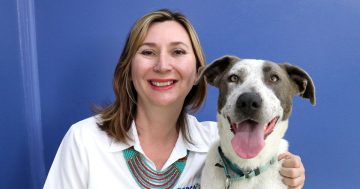 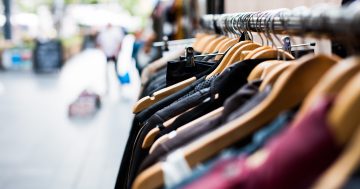 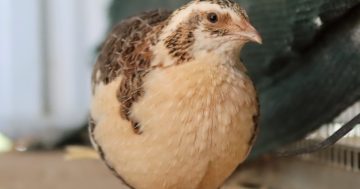