Arrest over aggravated robbery at Ngunnawal 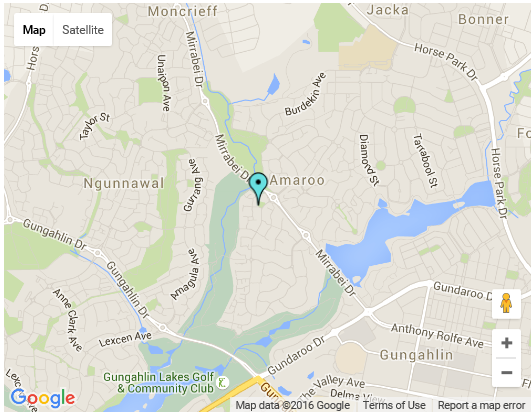 Police have arrested a man over an aggravated robbery at the IGA Supermarket in Riley Close in Ngunnawal on Monday.

At approximately 12.45am, a male entered the store and produced a large kitchen knife, and made demands for cash. The staff member complied before the offender exited the store and fled on foot towards Mirrabei Drive.

After viewing the store’s CCTV footage, police were able to identify a suspect.

Police attended the suspect’s residence in Gungahlin, where the offender fled upon seeing the officers.

A short time later the man was apprehended by police and the knife was located in a backpack in his possession.

He was due to face the ACT Magistrates Court on Tuesday morning.

Acton - 20 minutes ago
As baby boomers pass into the final stage of life we will need more palliative care at hospitals, hospices and especially at... View
Breaking 1

Alan Wilson - 1 hour ago
Why introduce vaccinations for the over-50s at this stage when the over-70s - a higher priority group - are still struggling... View
Community 3

Matthew Soall - 3 hours ago
Maybe ANU should be more focused on teaching students then running the place like a business. View
Capital Retro - 4 hours ago
The alarm bells are ringing now: https://www.abc.net.au/news/2021-04-23/anu-unveils-162-million-budget-deficit-due-to-covid-1... View
David Hennessy - 4 hours ago
Can’t imagine this ending other than positive View
Opinion 63

Peter Brierley - 3 hours ago
If I have to follow ALL the rules to drive my car (on the road) then why are these SAME rules not applied to ALL other road u... View
nerdfrenzy - 4 hours ago
I use a scooter to commute to and from work everyday. I'm always aware of people sharing the bike paths that I use. I do find... View
Jaeme Ogilvie - 4 hours ago
Escooter owners are not a problem as rule, I think its super important they are not grouped in here. Unfortunately there seem... View
News 5

Lea Powell - 7 hours ago
Jenny McInnes excuse me? How many families who are not on low incomes in this country receive welfare and numerous handouts t... View
Betty Meiksa - 7 hours ago
Jenny McInnes I am sure many will be willing to move but I think they should also be given the choice to choose. Overall, I b... View
show more show less
*Results are based on activity within last 7 days

Two to face court after aggravated robbery at Belconnen Mall

@The_RiotACT @The_RiotACT
If you haven't been able to reserve a seat at the National Ceremony and Dawn Service at the @AWMemorial, here's where you can still commemorate Anzac Day in the capital region https://t.co/Wq8WJO8byK (56 minutes ago)