Motorola names a phone after us! 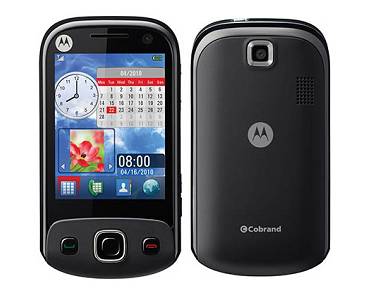 B4Tea informs us that Motorola have named a phone after our fair city, the Motorola EX300 Canberra.

Motorola’s new smartphone that was making headlines was finally launched by the company yesterday. The phone is called the Motorola EX300 Canberra and is one of the few phones that are launched in the market these days with the BREW operating system. The phone flashes some really amazing features and is preloaded with Google maps.

But will we be able to get it here?

Comes with the following preset alarms:

You can also add the optional 32 minutes of flex time, achieved without altering the schedule above.

Whoops. You’re right. I didn’t recognise BREW as an OS. My bad.

* Google Maps directs you to Canberra on the way to somewhere else that’s better, but then you just keep getting directed back for the next twenty years.
* All text must be done in dot points (full paragraphs cannot be recognised or understood).
* The messaging system can link into public service computer networks. For compatibility reasons, only one in every ten of the messages you send are actually delivered, and only after twelve other people alter what you are saying. “Meet me in Kingston at five” is likely to come out as “We need a strategic review of Manuka and Kingston, that identifies priorities for government action. This will be developed over the next five years, following consultation with stakeholders.”
* It is delivered 4 years late, and 250% over budget.
* It’s made out of incredibly toxic plastics, and the battery, when produced, causes the leaching of lead and arsenic into groundwater. To address these environmental concerns, it has a sticker that says: “Motorola cares about the environment: that’s why this phone was not produced in O’Connor or Ainslie.”
* It is programmed not to work in Gungahlin.

Comes with the following preset alarms:

BREW: Dead as a Dodo operating system as BADA is.

That’s a relief, I thought for a minute based on the headline and recent threads that it was carrying the name “RiotACT”

Unfortunately it doesn’t say which operating system it’s running. Having been a victim of Windows Mobile in the past, I wouldn’t touch anything running that abomination with the proverbial bargepole.