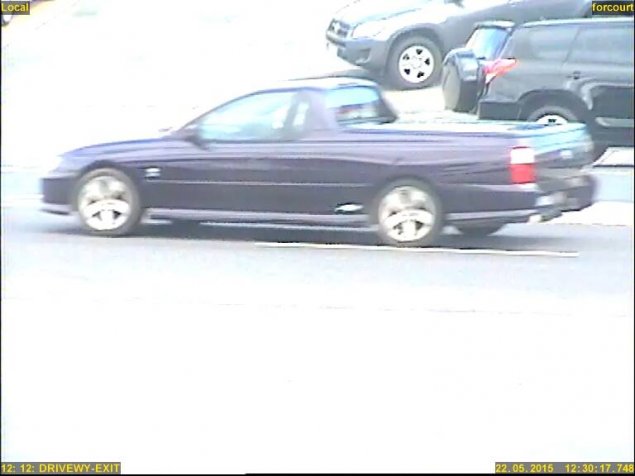 ACT Policing is seeking a key witness to a collision in Fyshwick this afternoon.

A pedestrian was struck by a vehicle whose driver failed to stop and render assistance.

We are seeking the driver of a dark-coloured Holden Commodore ute. It is important to note that the driver of the pictured vehicle is being sought as a key witness as he/she may have seen the incident moments prior.

Around 12.30pm today, a 37-year-old Conder man was crossing Newcastle Street in Fyshwick when he was struck by a silver Ford Fairlane sedan.

The impact of the collision lifted the victim over the bonnet of the vehicle and badly injured his leg.

The Fairlane failed to stop however, the 53-year-old driver from NSW later attended Woden Police Station and is assisting with our investigation.

Anyone who saw the incident and has not yet spoken to police is urged to call Crime Stoppers on 1800 333 000, or report via the website at act.crimestoppers.com.au.

Stephen Saunders - 4 minutes ago
A 21st century rail link from the largest city to the capital city? Heavens, that's not how we do things in brawny Australia.... View
News 15

ACT resident - 22 minutes ago
Because a land use such as a major waste facility is allowable does not mean its appropriate for the site. CRS always told th... View
Sport 6

Bellelis Australia - 2 hours ago
Phillipa Leggo thank you. Can't wait to see you in the shop to show you around 😊 View
May Mac - 17 hours ago
The only reason we switched to landfill nappies was the struggle to keep line dried reusables from stinking of woodsmoke in w... View
Phillipa Leggo - 18 hours ago
Well done Olga Imbriano - lovely article👏👏👏 View
Food & Wine 24

Officer injured during hit and run in Holt